Menard has been working on re-routing the D930 secondary road as part of the project to modernise the Serqueux-Gisors SNCF line.

Modernisation of the railway line connecting the towns of Serqueux and Gisors in Normandy will eventually allow the development of rail freight in the region and relieve congestion on the Le Havre-Rouen-Paris line. This railway project – the largest in France – particularly includes the construction of a road bridge at Ferrières-en-Bray to reroute the D930 following the closure of a level crossing. After participated in reinforcement of the ground beneath the new bridge’s services blocks during the summer of 2019, Menard is now working on improving the clay under the future access embankments.

This is a real technical challenge due to the weight of more than 10m of backfill being added and the very poor quality of the underlying organic-rich clay.

The solution proposed by Menard involves creating rigid inclusions known as Controlled Modulus Columns (CMC) and installing wire mesh inside the load distribution layer. Vertical drains are also used between the rigid inclusions.
In total, nearly 2,400 large diameter CMCs (360mm) and approximately 2,000 vertical drains were installed in two months, at depths of between 6.5m and 9.5m.

Menard completed the soil reinforcement work on time and was able to adapt to major constraints relating to safety and the environment. 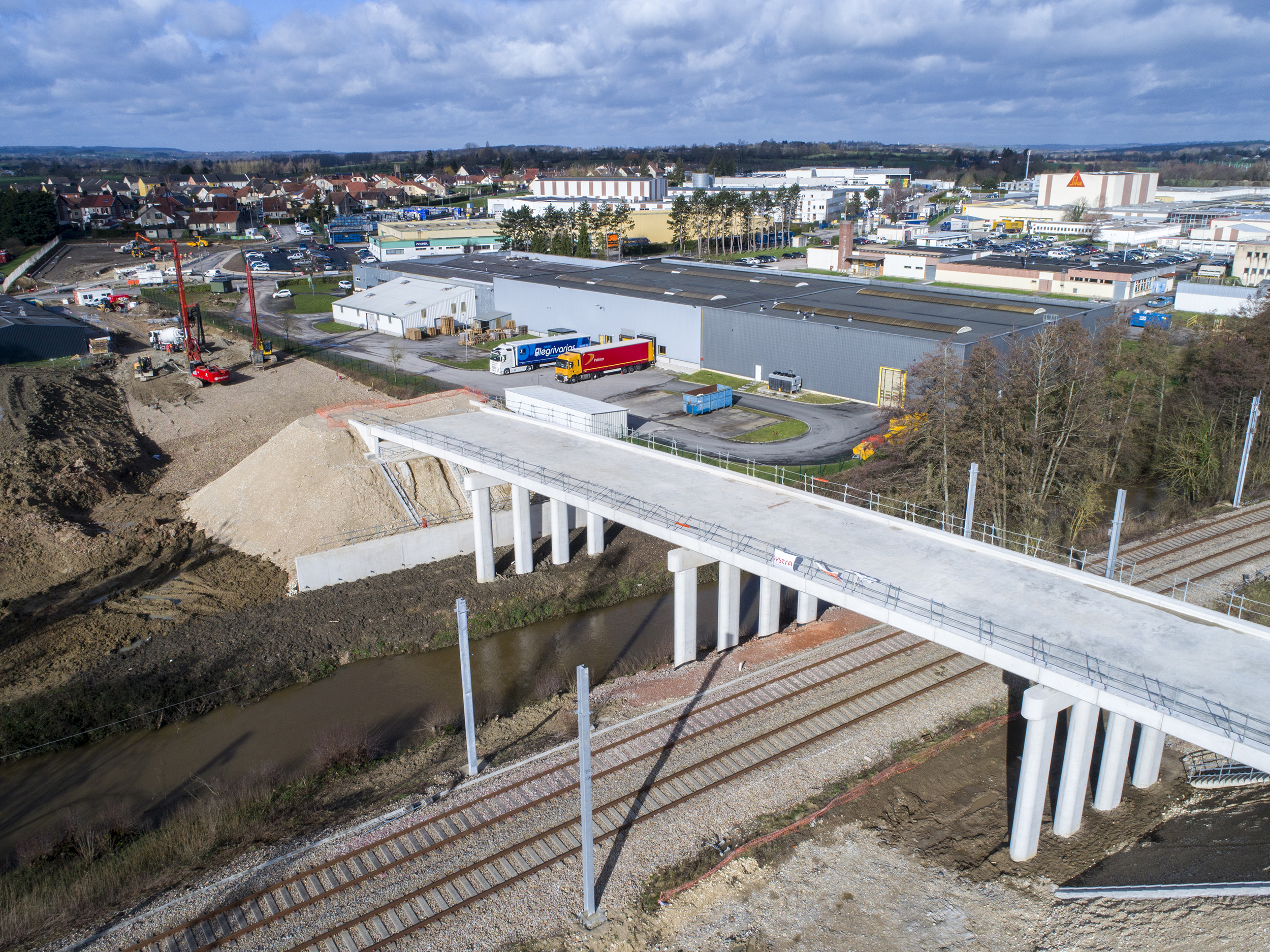