“One of Siemens’ largest projects in Germany in recent years” Joe Kaeser, President and Chief Executive Officer of Siemens AG

The days when the arrival of the shrimpers and the noise of the canning plants set the pace in the German fishing port of Cuxhaven are long gone.

Today, with the majority of container ships continuing on to Hamburg, the city has specialised in renewable energy and more particularly in assembling wind turbines to be installed offshore.

As part of the construction of a plant to manufacture components for new generation offshore wind turbines, Siemens (which has undertaken a major restructuring of its activity portfolio) awarded a contract to Menard’s German subsidiary to treat 130,000 sq. metres of soil.

Up to five rigs were used over a period of four winter months to carry out dynamic replacement and install wick drains in soft clay soil.

To cope with the project’s location near a rainwater runoff pipe, the solution was altered to include stone columns. The plant, covering an area equivalent to 24 football pitches, will employ 1,000 people. 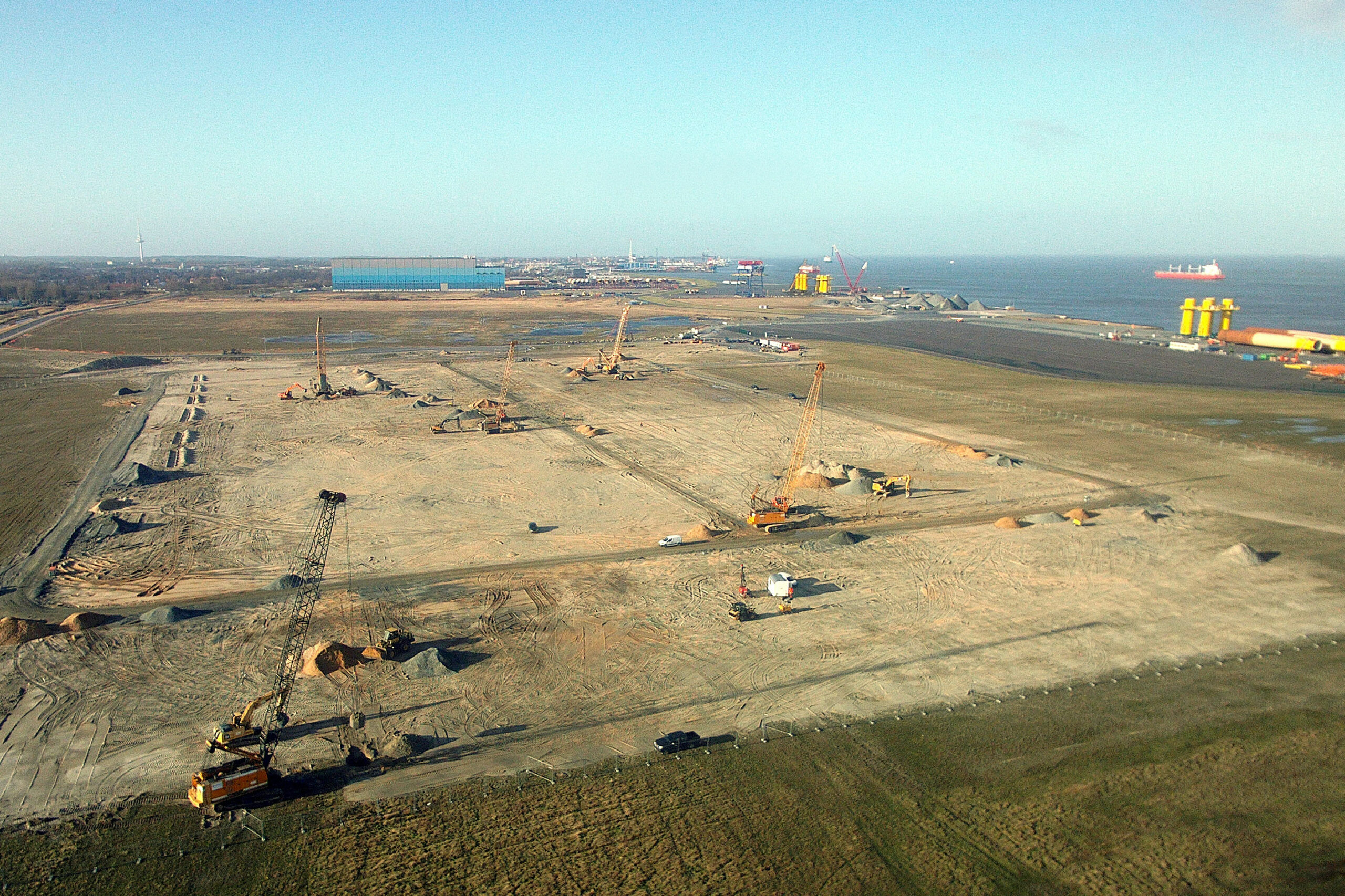