“Stand-down” operation for the reinforcement of the Freycinet 8 quay

The project aimed to reinforce the quay under the crane circulation area used to unload wind turbine from boats. The 6,500 sq. metre area, composed of loose and dense sand down to 5 m, had to be executed in less than 3 weeks.

This “stand-down” operation mobilised two Controlled Modulus Columns rigs, two stone columns machines and a team of 13 people. The schedule has been respected which allowed to charter the first boat only one week after the works began. Despite of this co-activity, Menard realised very good rates of 600 lm per day in stone columns. 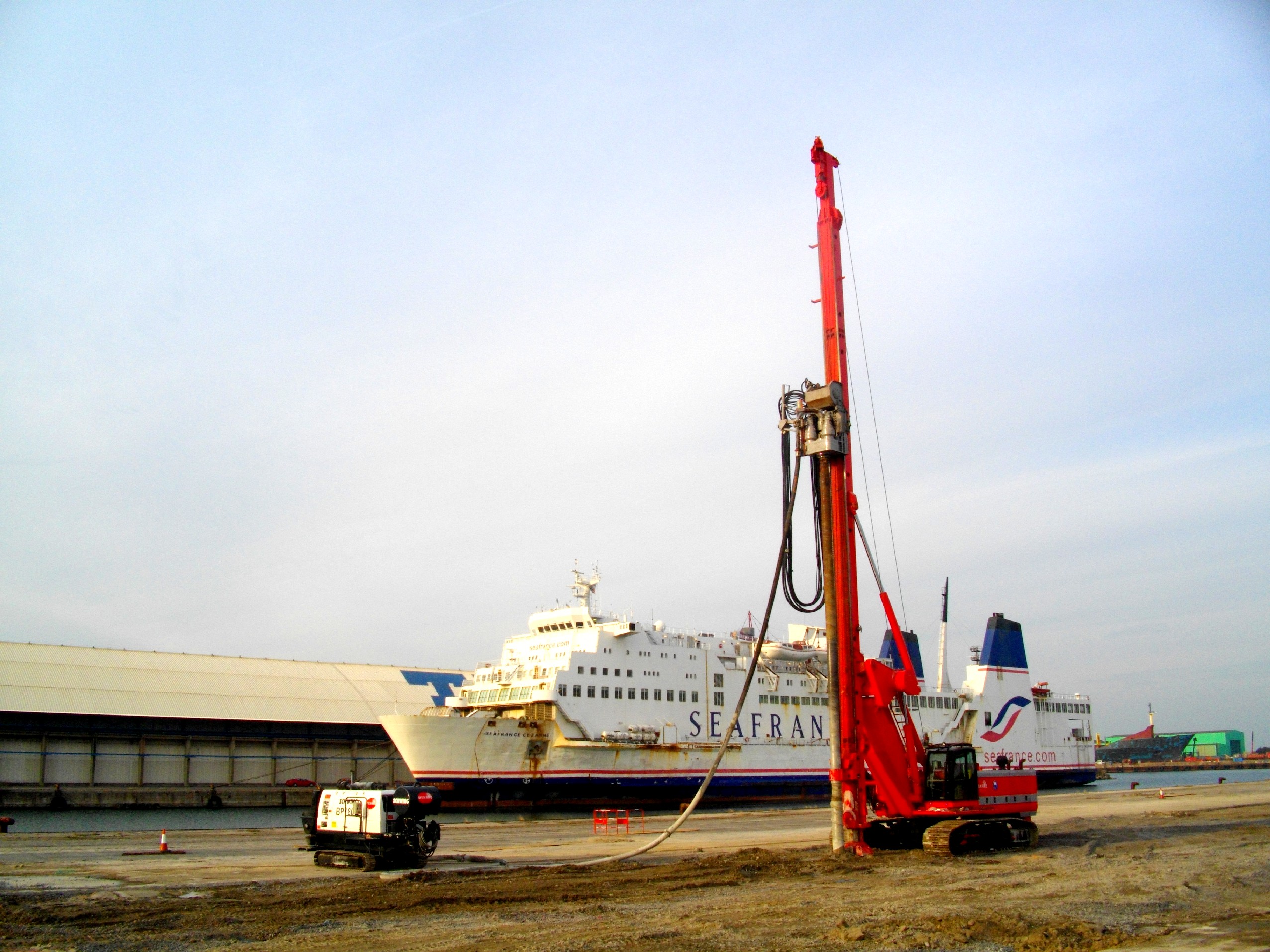 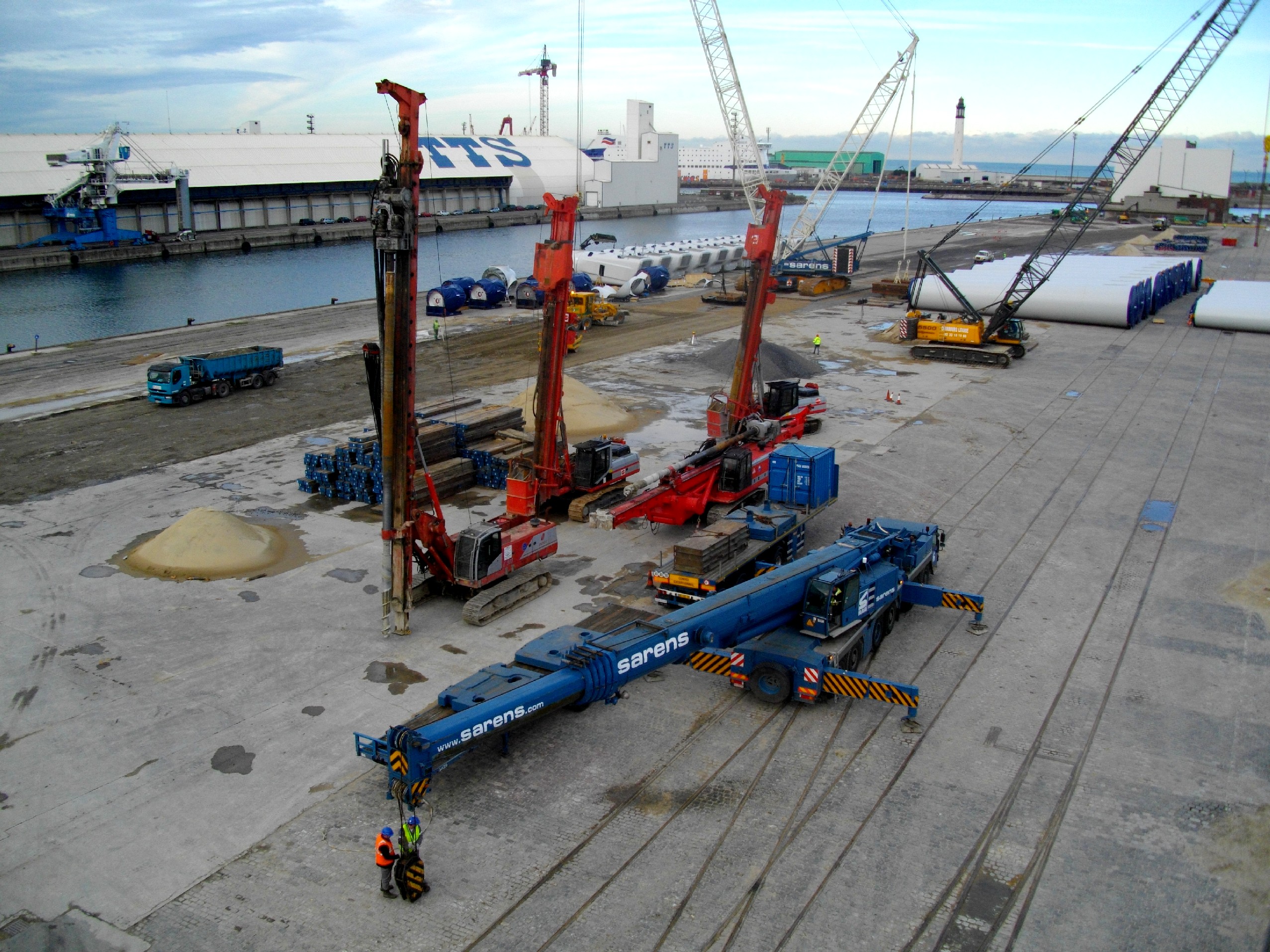