At a stone’s throw from Kuala Lumpur, Menard completed work in February 2016 to improve the soils on which a factory is to be built for UMW Aerospace, the aeronautical arm of Malaysia’s UMW conglomerate. The manufacturing plant will produce fan cases for Rolls Royce aircraft engine.

It is to be built in a valley whose lowest point is at +41 metres and highest point exceeds +80 metres. As an alternative to the conventional layer-by-layer compaction method, Menard’s Malaysian teams came up with an innovative solution to accelerate fill in the valley.

It combines dynamic compaction and dynamic replacement. After filling the site to establish the final hard surface at +65 metres, 82,650 sq. metres of soils were compacted. The solution not only cut the project’s lead time from four to two months, it also met the demanding differential settlement and post-construction subsidence criteria. 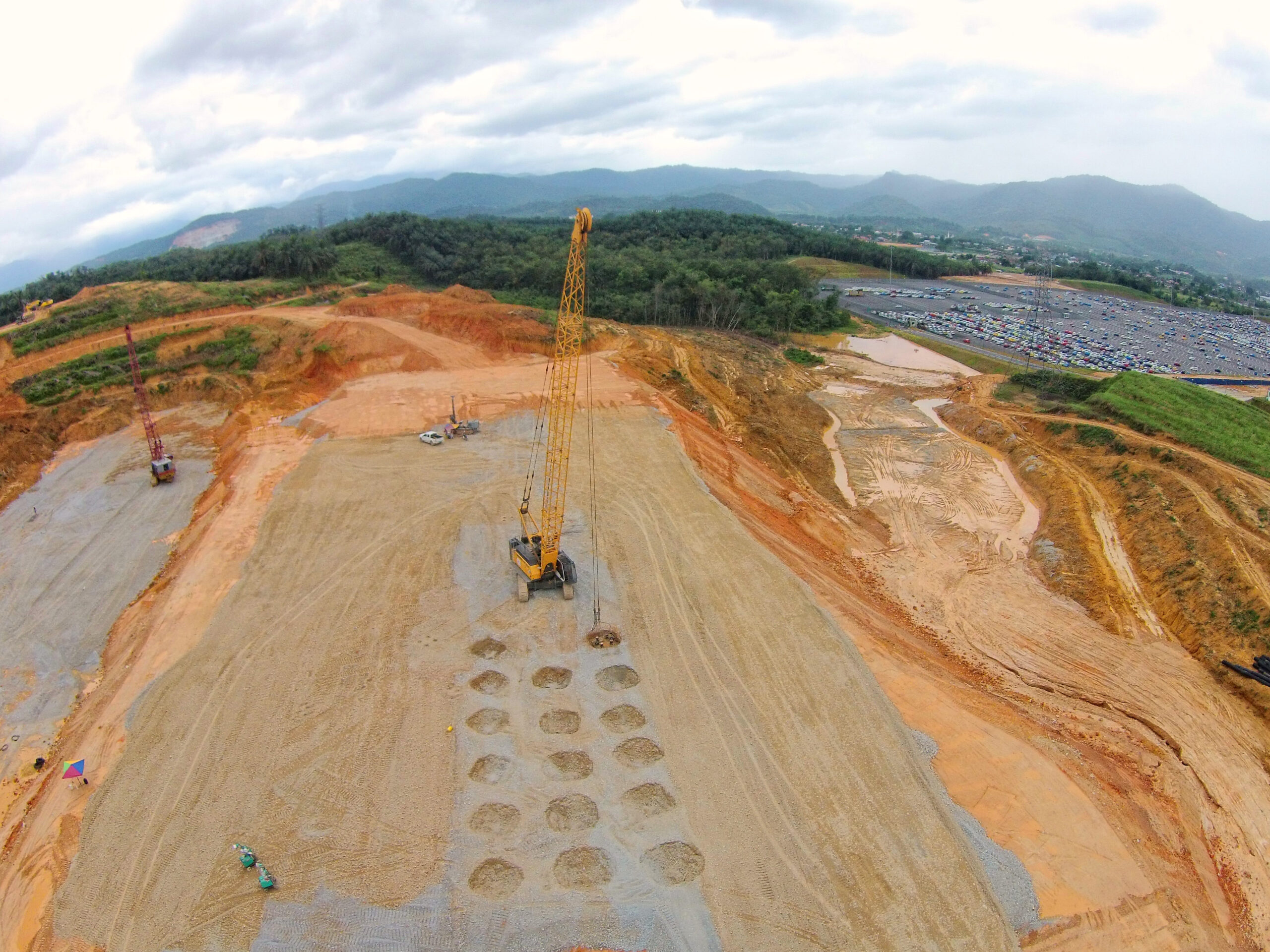 The Menard Group develops foundation solutions based on ground improvement and reinforcement technologies. Its treatments eliminate the need for the deep foundations traditionally used to support surface structures.

With full transparency… By continuing to visit this website, you are agreeing to the use of cookies and other similar technologies by Soletanche Freyssinet (Menard Group), in order to improve your experience on our site, to enable gathering traffic statistics and to enable sharing content on social medias.
Accept
Read more
Cookies Settings